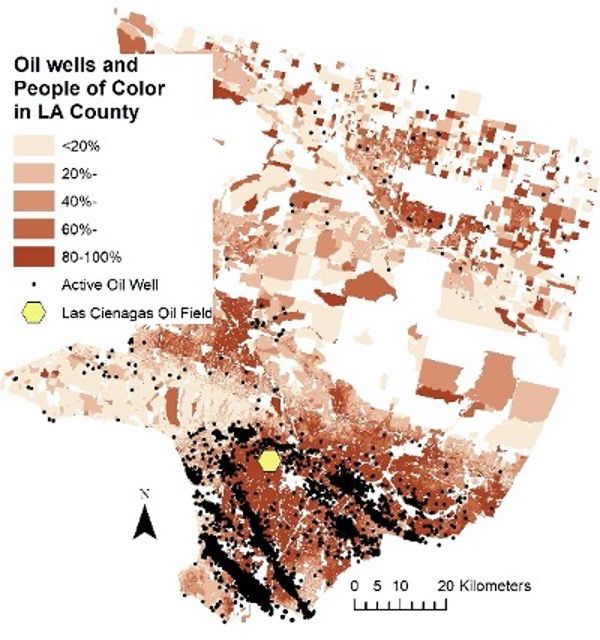 In response to a drive for energy independence coupled with demands for fossil fuels, domestic oil and gas production in the United States has surged over the last decade. Over the past decade, oil production has nearly doubled while natural gas production rose 50% reversing a longstanding decline in production.  An estimated 17.6 million people in the US live near (<1600m) an active oil or gas extraction site.  This research aims to characterize the community health impacts of upstream petroleum extraction and the downstream impacts of the climate crisis in urban and rural contexts.

Los Angeles (LA) County, CA, is home to one of the most petroleum-dense basins in the world, with thousands of active extraction wells spread across multiple oil fields in 70 different communities. Such a dense, diverse population living in close proximity to oil is unmatched. The Community Health and Neighborhood Air Pollution Study engaged neighborhoods along Las Cienagas oil field.  Our team developed a community-driven approach to assess respiratory health and air pollution from an urban oil drilling facility on the health and quality of life of the neighboring communities using the model of local promotores as on-the-ground researchers.  To characterize potential air quality impacts, we developed and deployed a unique and innovative monitoring system in neighborhoods with dense traffic, regional air pollution and oil production sites. 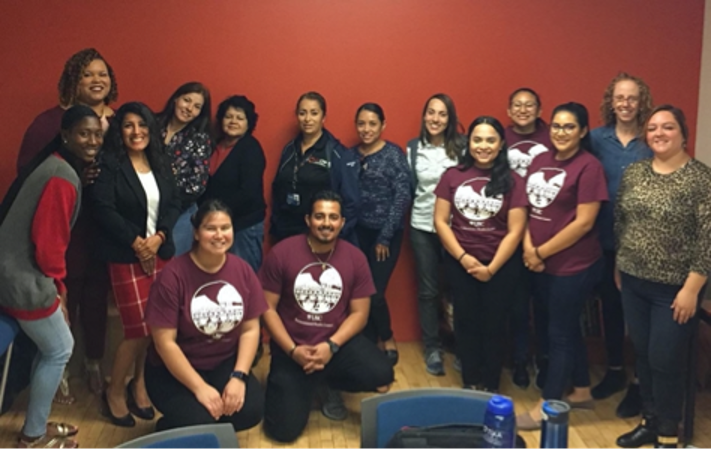 The Breast Health and the Environment among Latinas in Los Angeles (BELLA) study aims to assess the impacts of urban oil drilling on women’s breast cancer risk and inform public health action. This community-engaged research will examine whether urban oil production is associated with higher concentration oil-related toxic metals in women’s bodies and associated with higher breast density, a risk factor for breast cancer. The BELLA study addresses a key community health concern that builds upon existing infrastructure of community health workers and breast cancer prevention programs within South LA, increases training on scientific methods, and develops engagement tools that can serve as a model for other communities.

The consequence of the rapid expansion of fossil fuel extraction is flaring, the practice of combusting excess natural gas to the open atmosphere. Flaring is common in oil-producing shale plays with insufficient infrastructure for the capture and utilization of natural gas. The Oil and Gas Development, Flaring, and Preterm Birth project leverages satellite gas flaring observations and administrative birth records to objectively characterize exposure to flaring. Our work demonstrates residential proximity to flaring is associated with significant increased risk of preterm birth and that impacts are greatest among Hispanic rather than non-Hispanic White women.